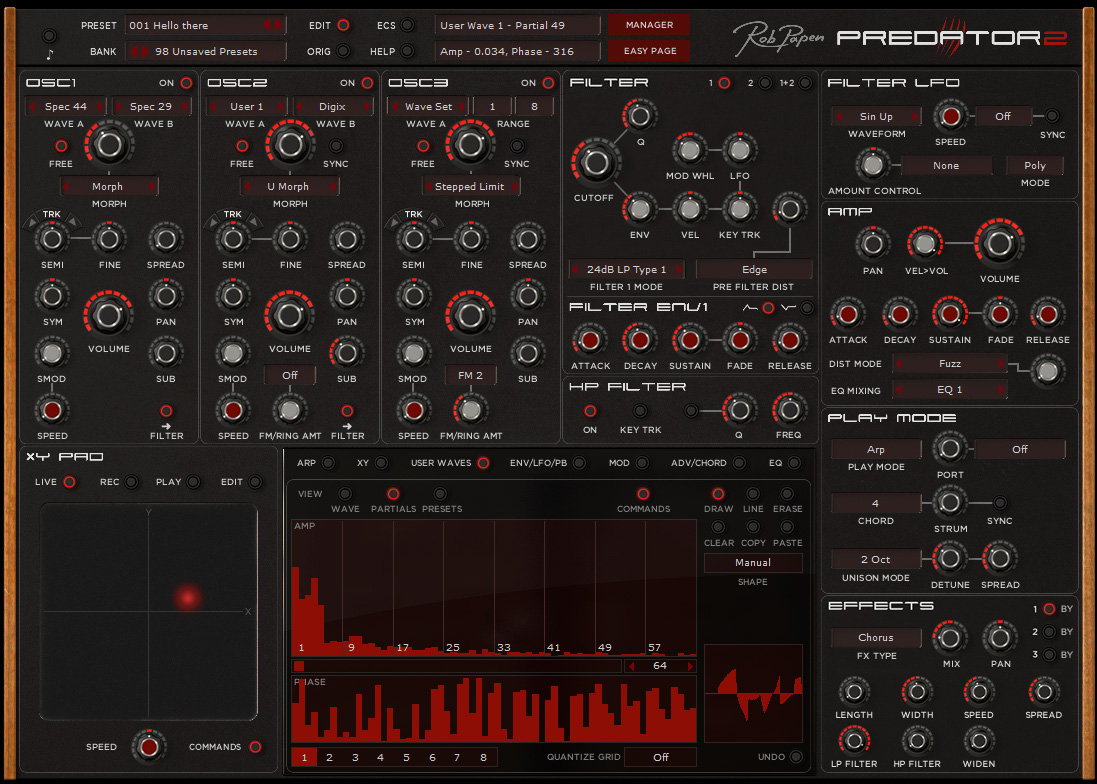 Rob Papen has released the successor of the classic synth Predator used by legends like Armin van Buuren, Noisia and Teddy Riley, so say hi to Predator 2.

Besides the more complex features we’ve already gotten used to in the previous version it now includes an ‘Easy Page’ which hides a lot of the controls and only presents the most important parameters where you can change a sound quickly or want to try the preset variation function which randomizes the parameters intelligently.