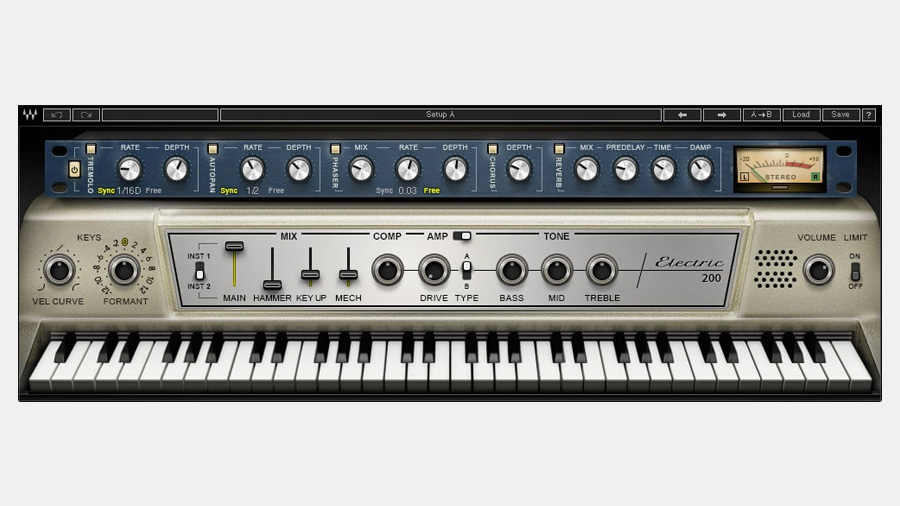 While there’s a real and shiny Wurlitzer 200A on eBay right now for $3900 you could always opt for the next best thing (ok, maybe not but you know what I mean) and get the Waves Electric 200 Piano plug-in in which they’ve sampled two individual Wurlitzers with different tone to help you get the sound used by legends like Stevie Wonder, Queen, Marvin Gaye, Pink Floyd and many more.

The plug-in comes with built-in compressor, limiter and amp  as well as effects like phaser and reverb and you can even mix in sounds from the internal piano mechanics (hammer, key up and similar) for a sense that you’re actually playing one for real.

The Electric 200 can be run either standalone or as a plug-in for both Windows and Mac (VST/RTA/AU/AAX) and while the plug-in normally will set set you back $69 it’s on Black Friday sale right now for a mere $39.