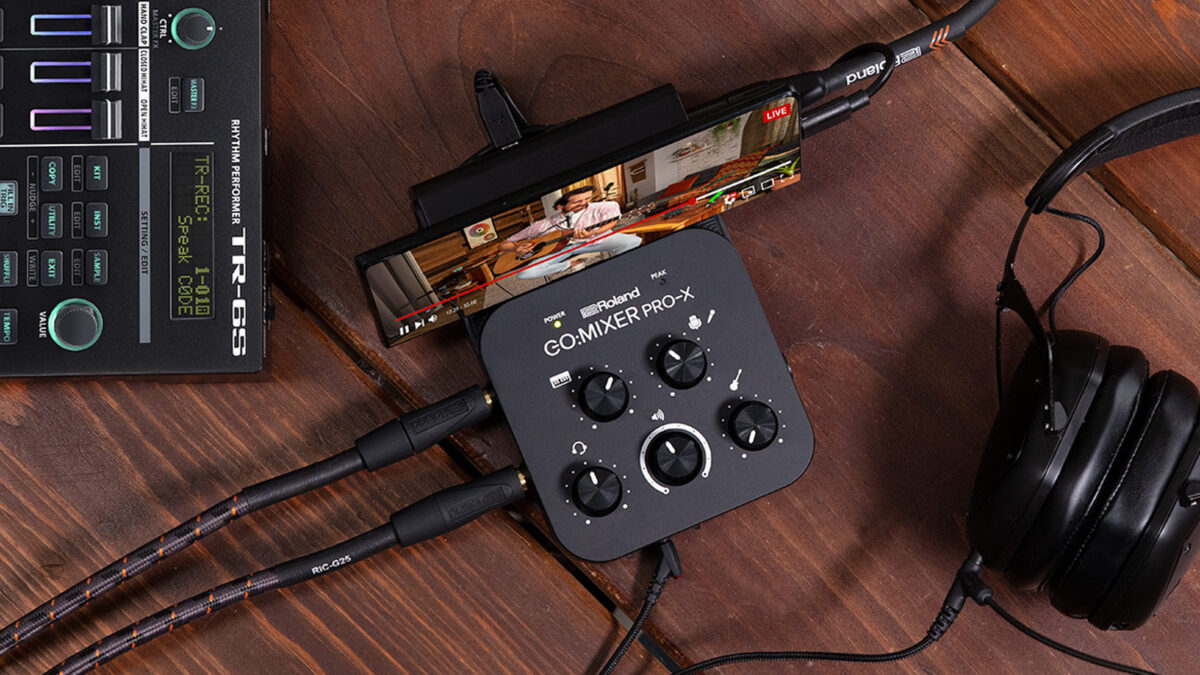 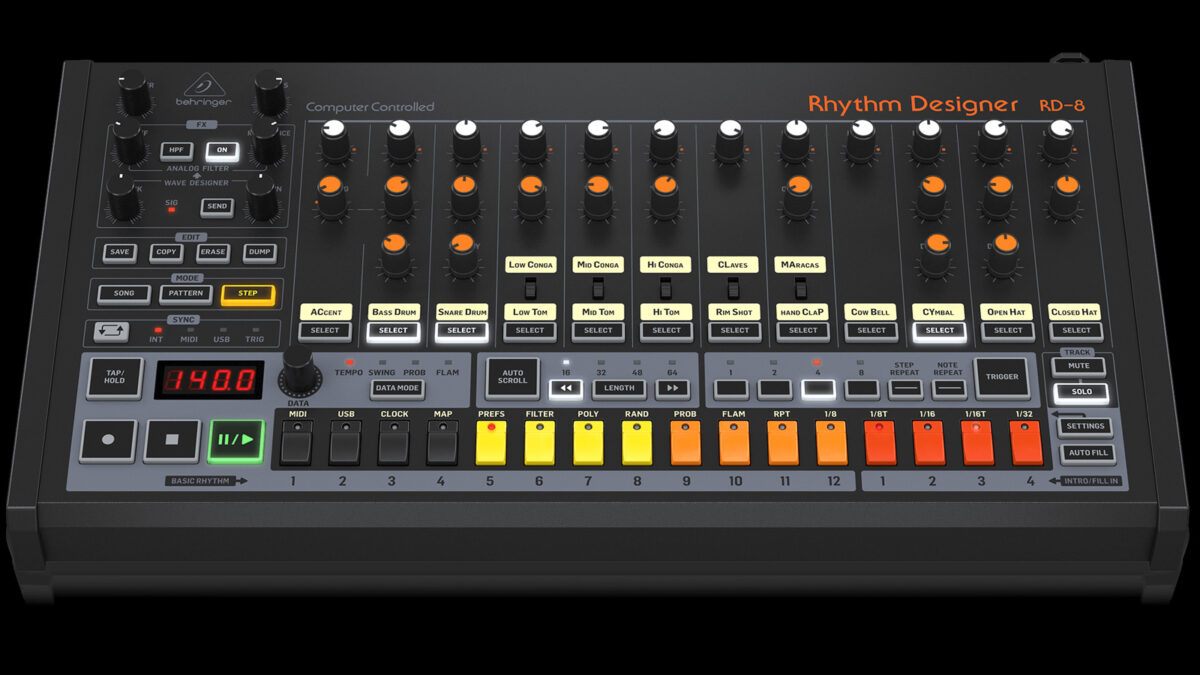 Looking for something cheaper than a real TR-808? Behringer just announced the second version of their RD-8, the Rhythm Designer RD-8 MKII. According to them this is the most authentic Roland TR-808 clone ever, as they claim that they’ve managed a faithful reproduction of the classic 662 OTA chip.

Check out the video below or read more at Behringer.com 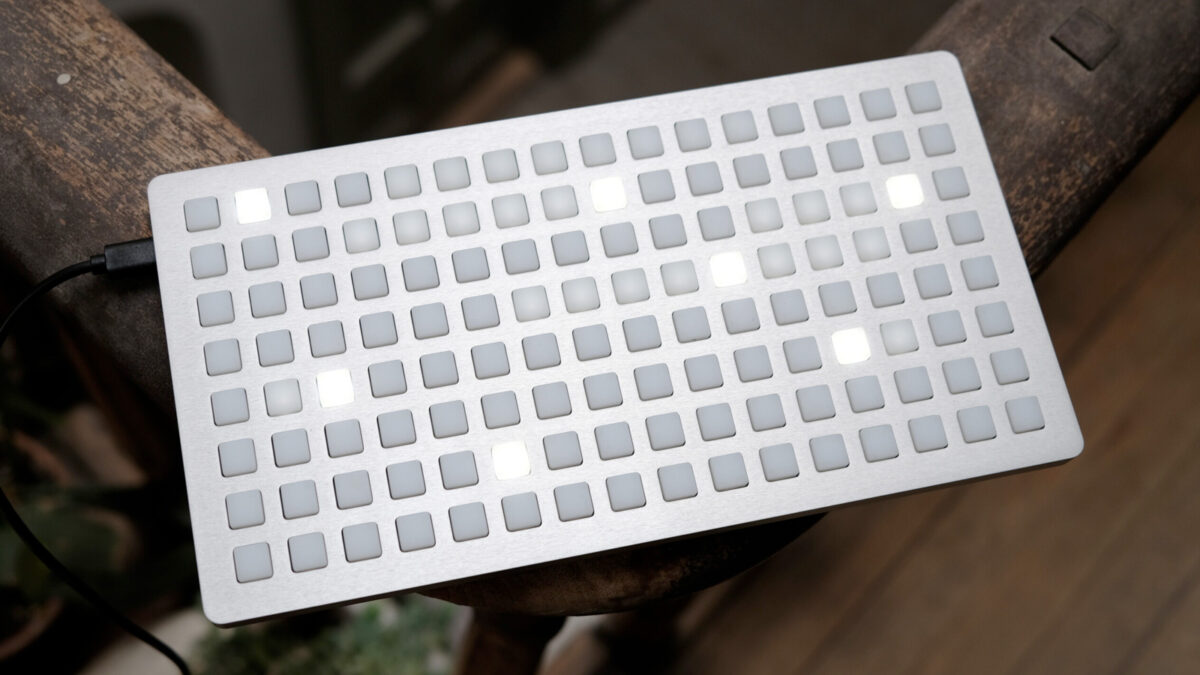 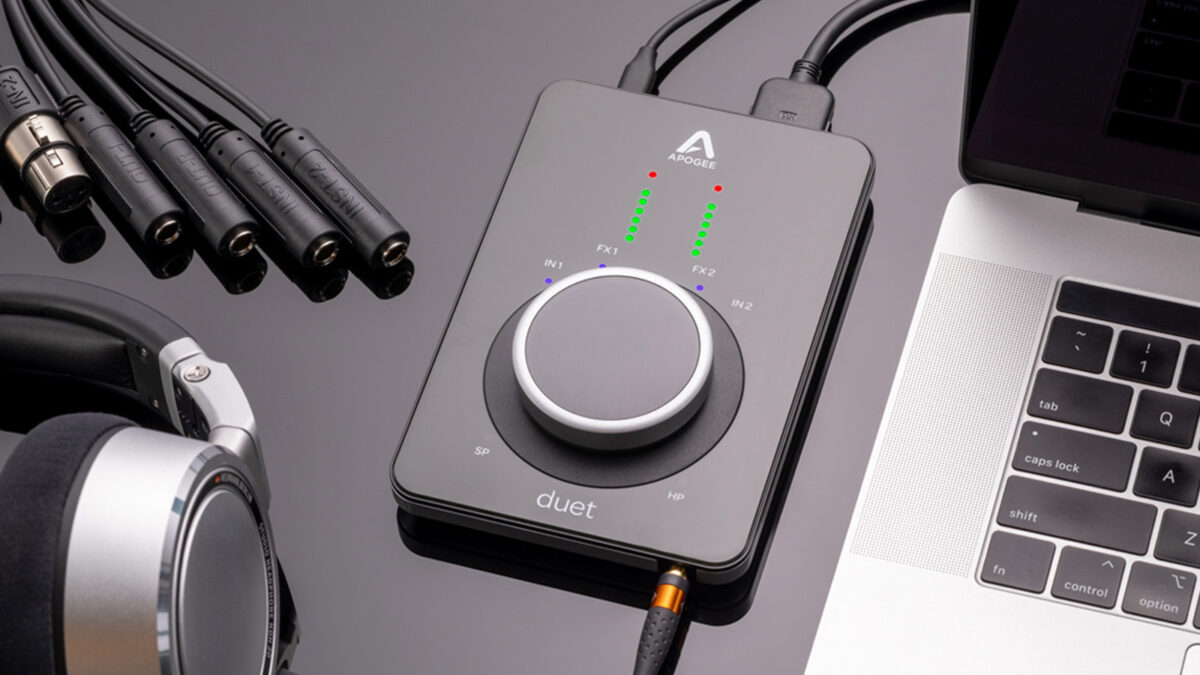 The Apogee Duet 3 is a 2×4 USB-C audio interface claiming zero-latency recording when used together with the Symphony ECS Channel Strip plug-in with fx (sold separately, $49). The channel strip offers presets from Bob Clearmountain to to get you going as well. The exterior of the interface got an aluminum chassi with a top covered in scratch resistant glass and a backlit main knob.

As for connectors you get two 1/4″ instrument inputs, two mic/line inputs (featuring 65dB of gain and 48v phantom power) and two line-level analog outputs for speakers plus a 1/8″ headphone output.

Oh, and there’s a stylish little dock available for the Duet interface as well, for easier portability if you often find yourself on the go. 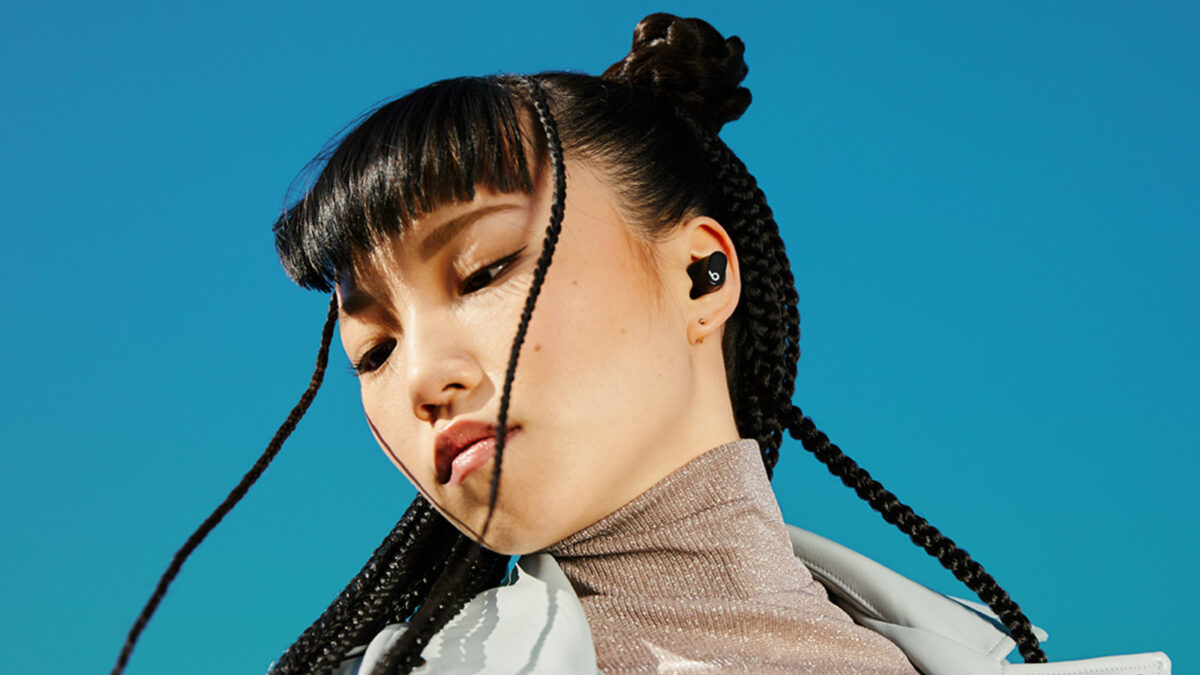 Looking for new earbuds? Here’s Beats Studio Buds, priced at $149 they’re way lower than AirPod Pros ($249) and offers active noise cancellation (ANC) as well as transparency mode (similar to the AirPod Pros but can also be found in say, Galaxy Buds+) where it helps you stay aware of your surroundings by using the external-facing mics. Thinking the latter feature might come in handy whenever biking through traffic or going on an evening run.

PCMag got a pretty comprehensive review of the Studio Buds right here. 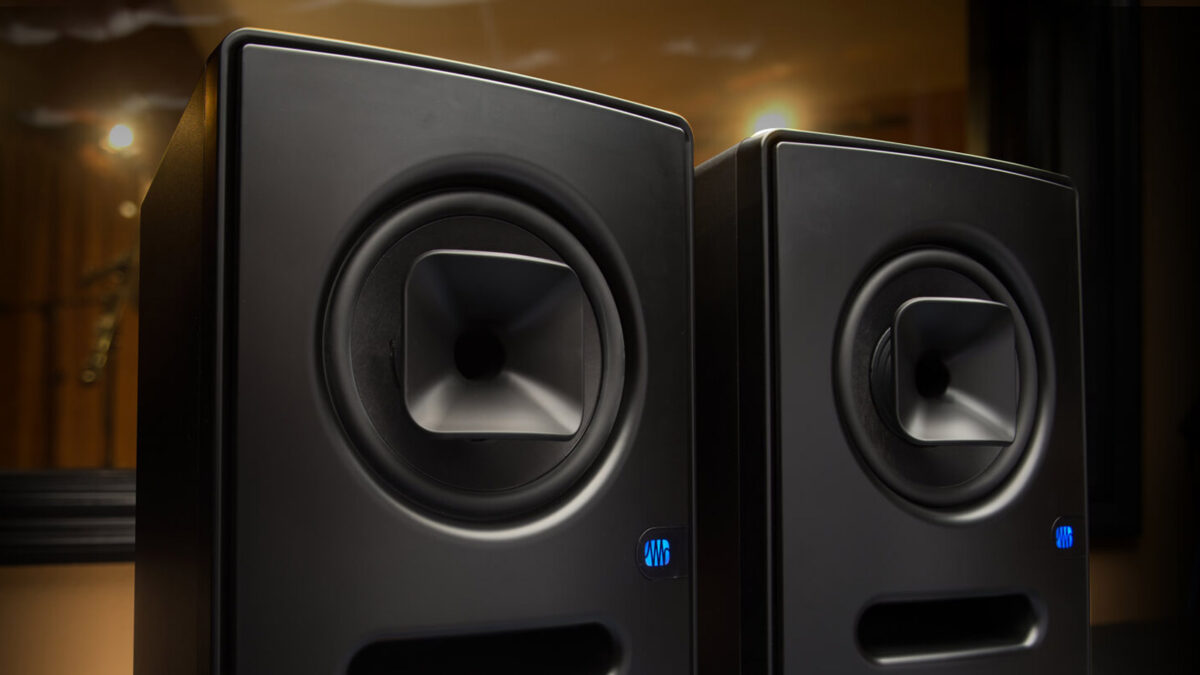 Here’s a pretty sweet deal if you own a pair of PreSonus studio monitors (or if you’re thinking of buying a pair). No matter if it’s the Eris, R-series or the Sceptre monitors they’re currently giving away their Studio Magic software suite with ’em. That’s over $1,000 worth of music software including Studio One Prime, Ableton Live Lite, plugins (both synths and effects), tutorials as well as loops and samples.

If you bought your monitors after March 1st PreSonus says they’ll backdate the offer so you don’t miss out. 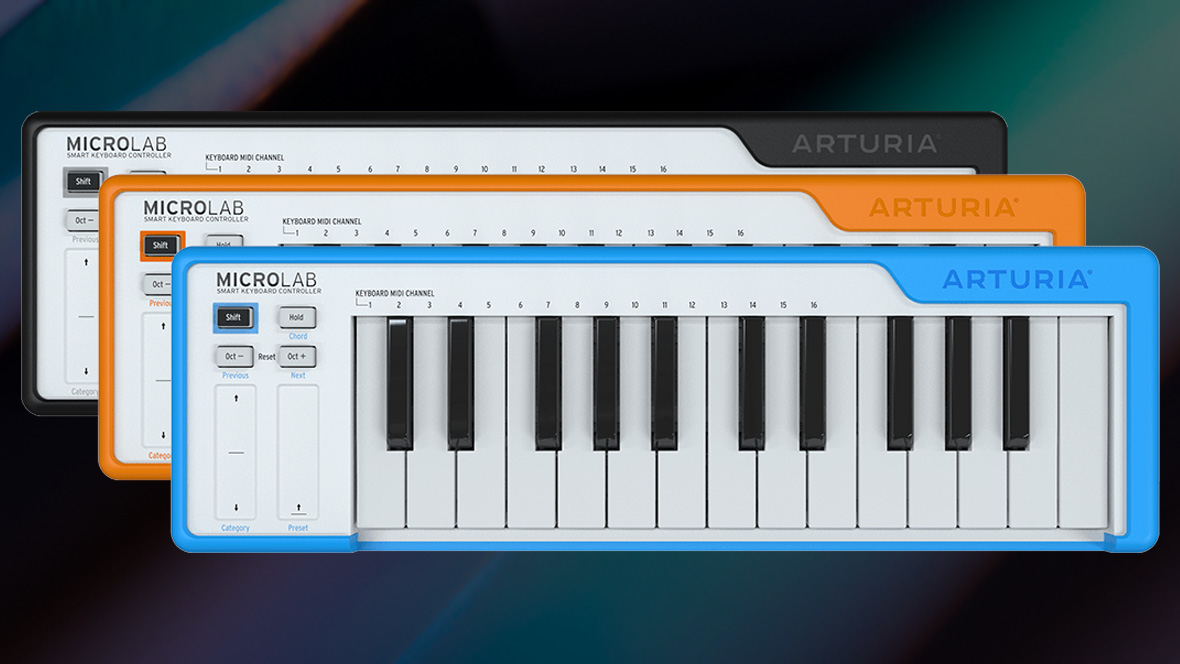 Here’s Arturia MicroLab, a small and portable MIDI 25-key controller targeted to anyone looking for something with either a small footprint or just being able to bring your controller wherever you go.

Besides the 25 velocity sensitive keys it got smart features like a small dent around the rubberised casing where you can safely store the usb cable when not in use, chord mode and touch strips for pitch bend and modulation.

Read more about the MicroLab at Arturia.com ($89) 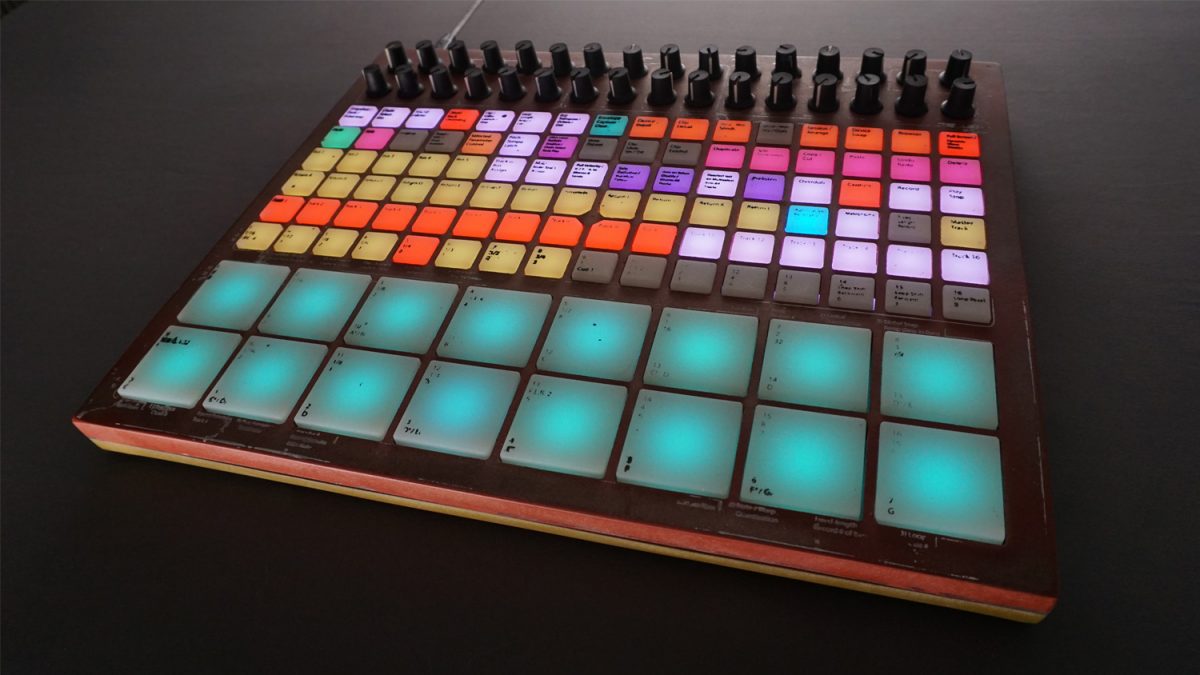 Envision Sound has started a Kickstarter crowdfunding campaign to make Strata a reality. They call this controller a control system more than just another MIDI controller since it has two parts: the MIDI controller (with plenty of pads and knobs) and the nativeKONTROL scripting which handles the midi data between the controller and Ableton Live.

Envision Sound asserts that Strata’s unique approach improves the fluidity and possibilities of music creation and performance in ways otherwise not currently available.

The Kickstarter campaign is set to start at October 1st. 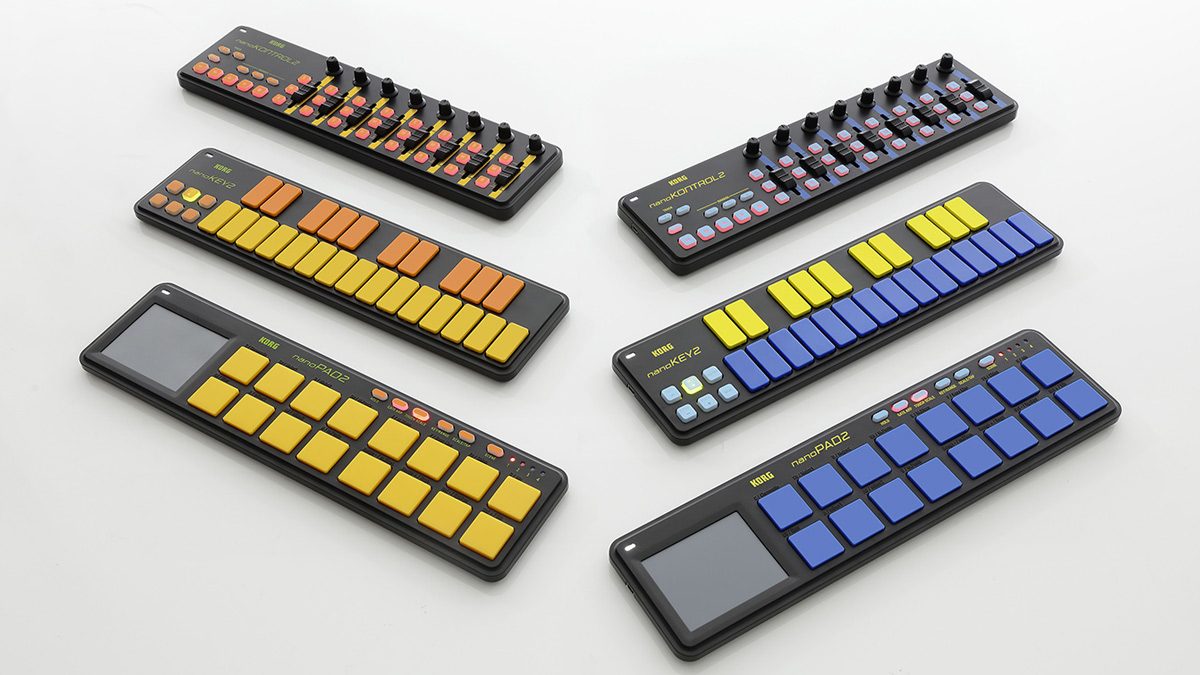 KORG’s nanoseries celebrates ten years with a set of limited edition controllers (nanoKEY2, nanoPAD2, and nanoKONTROL2). The blue and yellow models are meant to fit perfectly with Korg Gadget (their iOS/Mac DAW software) and the brown/yellow are meant to fit Ableton Live users.

Besides color matching nicely with your daw they come with downloadable codes for the Korg software bundle and a 20% discount coupon for Korg Gadget for Mac OS X. 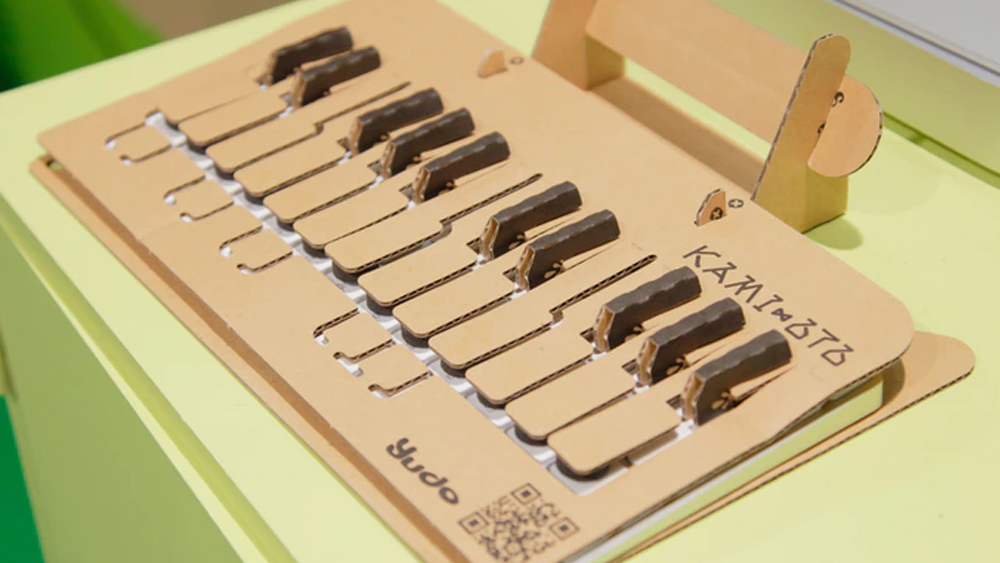 Step aside, Nintendo Labo, here’s KAMI-OTO; a DIY midi keyboard you fold yourself out of prime cardboard.

The KAMI-OTO is the brainchild of Reo Nagumo who created Beatmania 20 years ago, these days he runs a company called Yudo and this project is now up on Kickstarter (it still needs a few bucks to reach the goal though). Based on Japanese origami you get the cardboard body and keys ready to be folded, then just add the silicone contacts and main board and you’re ready to go.

END_OF_DOCUMENT_TOKEN_TO_BE_REPLACED

#Android#Bluetooth#DIY#iOS#Keyboards#MIDI#Yudo
Manage Cookie Consent
To provide the best experiences, we use technologies like cookies to store and/or access device information. Consenting to these technologies will allow us to process data such as browsing behavior or unique IDs on this site. Not consenting or withdrawing consent, may adversely affect certain features and functions.
Manage options Manage services Manage vendors Read more about these purposes
View preferences
{title} {title} {title}